Never missing a reason to celebrate, today I raise a glass to International Women’s Day. #IWD2016. The theme this year is parity: 50-50 by 2030, which inspired internet sleuthing to ascertain how the wine world (and agriculture generally) is fairing vis a vis parity. 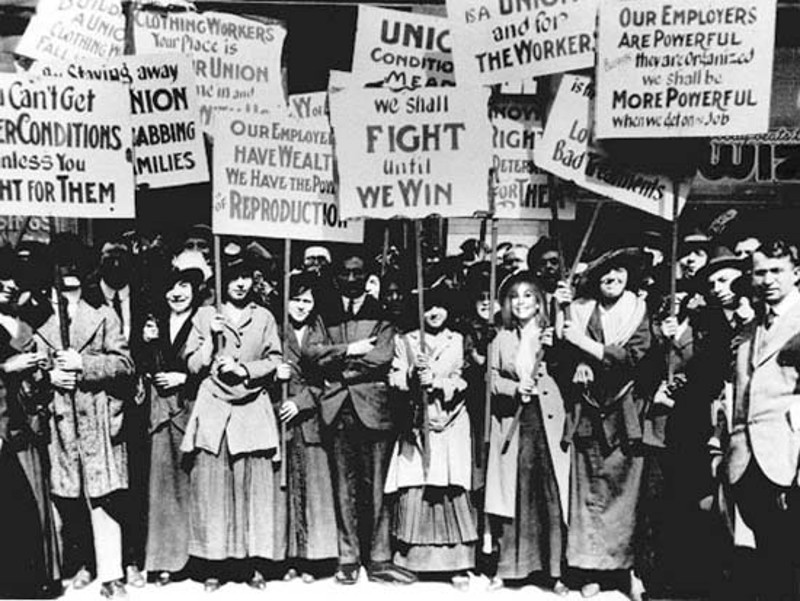 A recent Women Winemakers of California study called “How Many Women” shows that 29% of the lead winemakers in Napa are women, but statewide, the average is just 9.8%. There’s clearly room for growth. 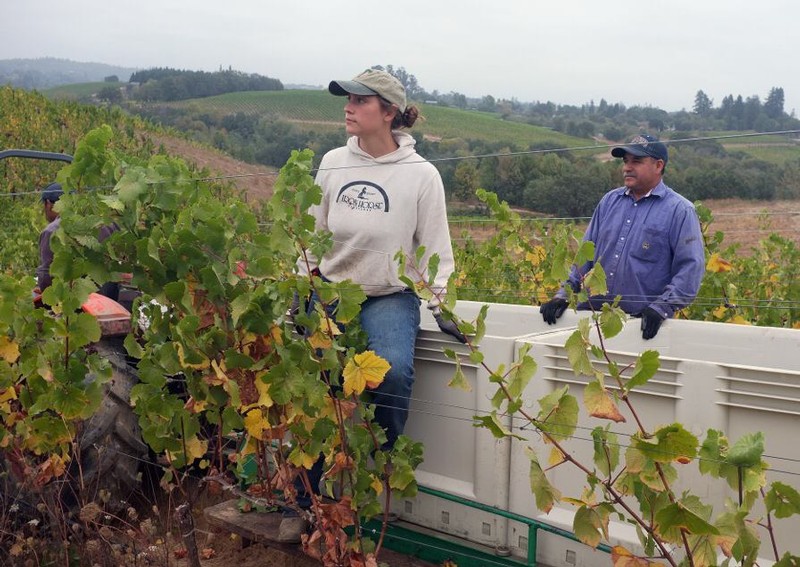 Barrie Sterling in the vineyards - Vintage 2014

We can point to some key pioneers who may help the global community reach a glorious tipping point of parity. For example, the most powerful wine buyer on the planet is a woman. Annette Alvarez-Peters is responsible for more than $1 billion worth in wine sales every year in over 300 Costco stores across the country. Costco is the sixth largest retailer in the US and number seven in the world.

The growing stature of women in wine is a no brainer for many reasons. Selling wine is a natural fit as it is fundamentally a relationship business. There is a long and marvelous history of women at the forefront, like the aforementioned Veuve Clicquot. An additional advantage is that women naturally are better tasters because we are generally endowed with more taste buds then men. Can’t argue with the science. (http://www.nataliemaclean.com/blog/women-wine-tasting/) 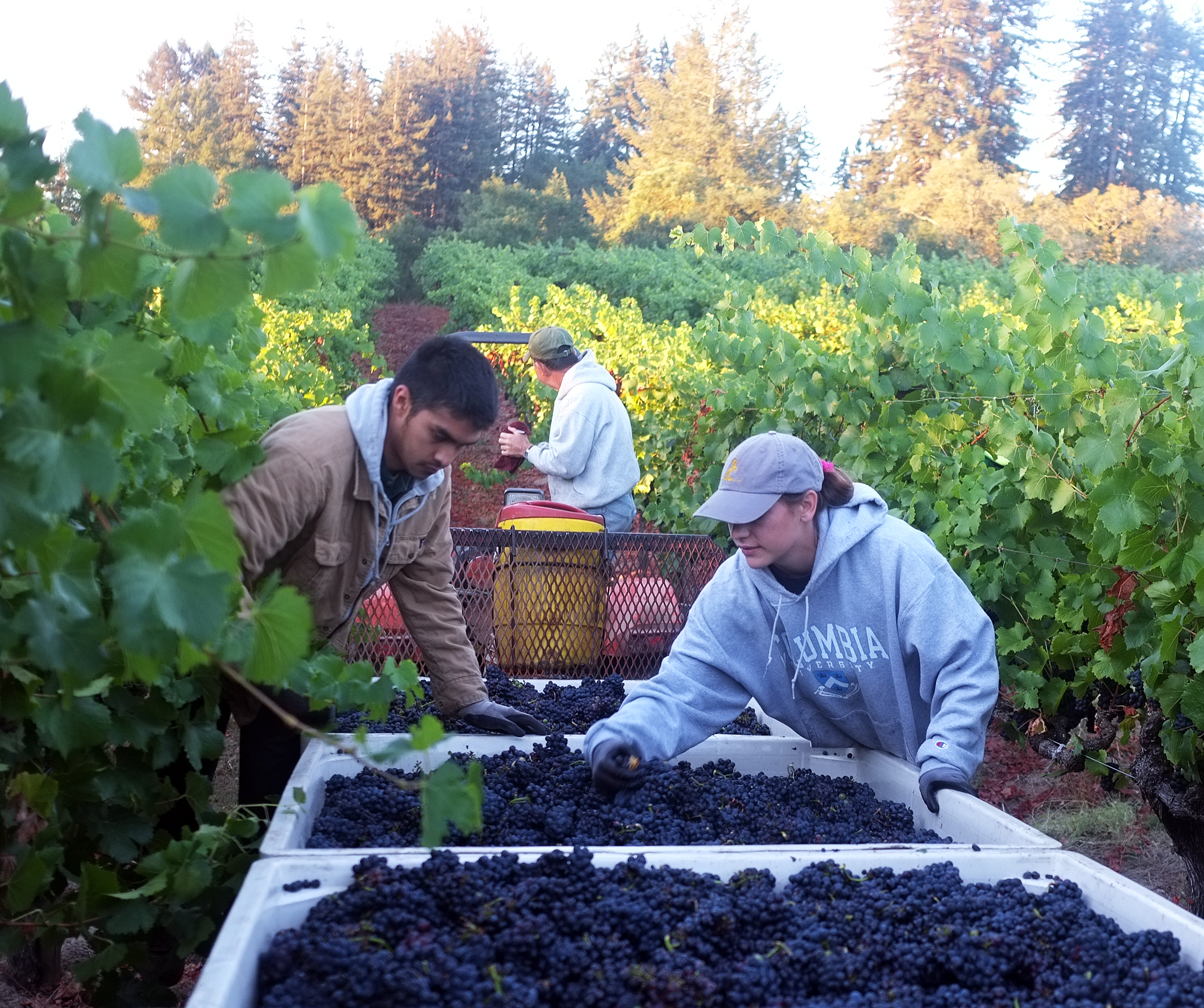 One area where we are weak is at the upper echelon of the major wine and spirits distribution companies. As big as they are, they are also family businesses, which puts an interesting slant on the question of why there isn’t a woman of my generation running any one of them. Where are the daughters and the granddaughters? I guess they don’t want to, which perhaps says something about the distribution end of the business.

Vineyard and cellar work are physically demanding, but no harder than being a firefighter. In the vineyards, 25% of the workers are women. My parents recall that many of the harvest crews they hired in the ‘70s included women, often young mothers who brought their little children to work. In fact, my mother set up an ad-hoc daycare, hiring our foreman’s teenage daughter to watch over the children and read to them in English.

Today’s vineyard workers are a different generation. Rightly so, the pay scale is rising and will continue to rise to ensure we have qualified, highly trained teams to bring our products literally to fruition. The demanding nature of this work in no way discriminates against women, especially in the judgement and professionalism required to bring in the best grapes.

My personal experience is atypical in that I am without doubt the luckiest person walking. Just read my bio. I have had every conceivable advantage. As I always say, the first smartest thing I ever did was pick my parents. But I feel very strongly that the wine and food world along with agriculture in general ARE and SHOULD BE very attractive for women.

My advice to young women entering the wine world is to start in a winery tasting room, wine retail store, or a country club, golf club or yacht club. Constantly put yourself in a position to be tasting new, exciting and diverse wines. Join or create a tasting group. I strongly support the Sommelier Guild primarily because of  their commitment to mentorship.

For additional perspective, we reflected on this day with three women I admire: Karen Ross, California State Secretary of Agriculture, Helene Dillard, Dean of the College of Agriculture and Environmental Sciences at UC Davis, Anita Cook Motard, who (full disclosure) heads Strategic Account Sales for our Texas distributor, Glazer’s Wholesale Co and  serves on the advisory board for Women of the Vine, each recently interviewed by our ace blogger Tarin Teno. These women are leaders who have accomplished great success. Their end goals are diverse, but the common theme in each interview is the importance of a network. 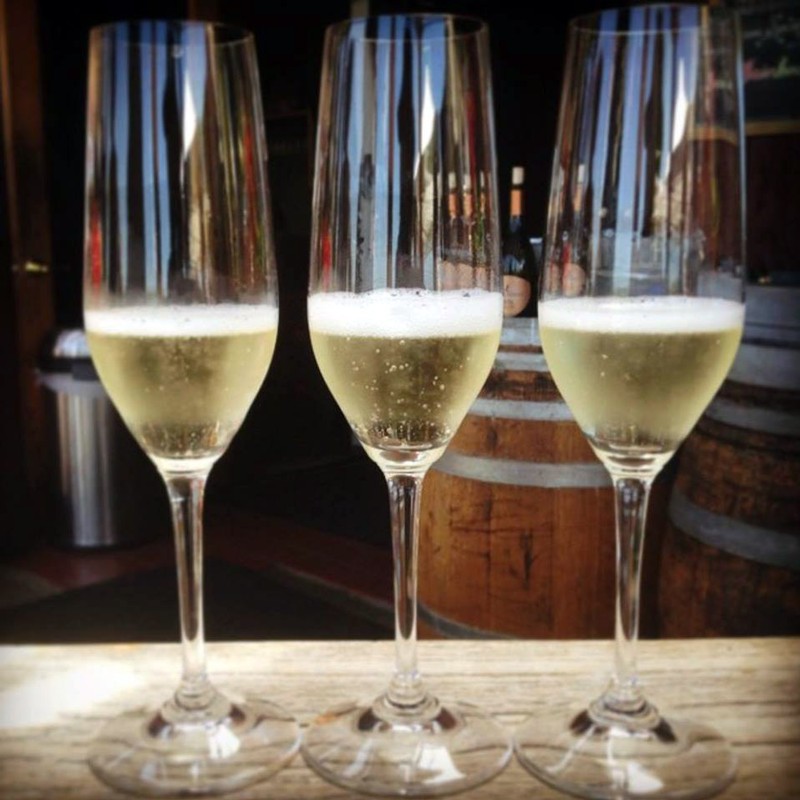 Three Cheers for our Three Interviewees!

Tell us a bit about your professional path to this point: I grew up on a farm in Nebraska and spent my early years fighting my place in agribusiness. But as an adult, each job I took brought me back closer to that world (Note: prior to Secretary Ross’ appointment to the California Department of Food and Agriculture, she was chief of staff for US Agriculture Secretary Tom Vilsack and also served as President of the California Association of Winegrape Growers from 1996-2009). It all came full circle when I was able to buy out my dad’s share of our farm. There’s a connectivity to nature that you can’t deny, it reflects the seasons of our lives and the lessons of hard work.

Who is your role model?: My dad was the most influential force in my life. He was all about positive thinking and instilled the belief that you can achieve anything you want.  He was raised by a strong female, my grandmother, who ran the business on the farm in his childhood years.

Give us a snapshot of where we are in the parity struggle from where you sit: Today, the vast majority of people working on agricultural matters in Sacramento are women. I surmise that this over 50% skew has to do with women deftly grasping the issues and having strong communication skills. But while there has been a large transformation in the group working as advocates in the capital, the legislative body has changed more slowly. The elected bodies are still not 50-50 despite the fact that Governor Brown’s governing body is quite diverse.

What is your proudest accomplishment to date?: The creation of the California Sustainable Wine Growing Program. We brought the wine community together and set the tone for other farming communities like the almond growers.  I’m also proud to have been part of children's wellness initiatives, particularly the Let’s Move partnership with the First Lady.

What woman (in any field, in history or thriving today) do you most admire?: It would be really easy for me to say Mother Theresa because of the compassion with which she lived.. I believe in a principle which drove her - if we don’t take care of the weakest link in our chain, we will have nothing.

What advice do you have for young women who are interested in food, wine and agriculture?: I get to spend a lot of time with young people n high school and college across the state. I see so many women getting involved, there is definitely a renaissance of interest at the intersection of agriculture, food, and the environment. I encourage this injection of energy, which is at our foundation. Agriculture has always been innovative; the wine industry is a great example of that. This new generation, of women and men, have a passion for a  larger mission of being connected to our natural resources and producing what humanity needs as our populations expand.  I tell them to explore their interests; You just have to be willing to work hard.

Helene Dillard, Dean of the College of Agriculture and Environmental Sciences at UC Davis

Tell us a bit about your professional path to this point: I grew up in California, born and raised in San Francisco. At an early age - I knew I wanted to be a biologist but wasn’t able to pinpoint what I wanted to do within that. So I went to UC Berkeley as an undergrad and majored in biology of natural resources where I gravitated towards agriculture. It was in a Ph.D. program at UC Davis that I found my passion in soil and plant pathology (and a Ph.D. to add to her M.S. degree in soil science). I was fortunate to land a professorial job at Cornell. I had a 50% research and 50% extension assignment and kept very busy with the plant diseases in the North East for 30 years. I was chosen for many leadership positions during my time there and before I knew it, I was recruited for the position of Dean of the College of Agricultural and Environmental Sciences at UC Davis in January 2014.

Who is your role model?:  I owe my success to my parents who identified my childhood interest in science. I received things like chemistry sets at Christmas. Though my parents weren’t traditionally wealthy, they were rich in understanding and they pushed to foster my early proclivities. I remember looking through that first microscope at onion skins and being captivated.

Give us a snapshot of where we are in the parity struggle from where you sit: UC Davis is  a premier branch of the California State University System. The average grade for incoming freshman last fall was 4.0. There are four undergraduate  colleges.  The College of Agriculture has an enrollment of 7,000 students -  69% are female … and we are growing. The trend is  quite interesting and I often wonder what was the tipping point.. It’s something that we’re looking to evaluate with more data points. As educators, we’re also interested in maintaining a balance as is important in any ecosystem. We want to make sure that we’re nurturing young men as well as low income, first generation, and minority students. I’m proud to say we’re doing well with that last contingent. 50% of UC Davis students receive financial aid.

What advice do you have for young women who are interested in food, wine and agriculture?: Today at UC Davis, the competitive pressure is intense. As Dean, one of the things I do at orientation is encourage kids to enjoy their education and learn about what experiences to prioritize. It’s more important to get to the finish line and be able to contribute to the world than submitting to an A+ obsession. (We tell their parents the same thing!)

Tell us a bit about your professional path to this point: I started with Glazers as a spirits sales rep but quickly moved to wine which I deemed to be more “safe” for a woman and required fewer late nights. After four years in that role, I was promoted  to sales team manager which created mixed emotions for me. Few women had occupied that position and I was nervous about overseeing friends. I took the job but had no one to guide me. I was on my own, working my way up through management.

Who is your role model?: I sadly can’t point to an influential woman who impacted my career. There are some men, bosses who directed me professionally, but women in high up roles just didn't exist.

Give us a snapshot of where we are in the parity struggle from where you sit: I feel very strongly about the importance of mentorship in early career moments, and have taken a leadership role for women’s causes internally at Glazer’s. I spoke with our Senior Vice President  of Human Resources about starting a women’s group with a mission to champion diversity and inclusion. And from that conversation, CHEERS was founded. CHEERS joins a number of business resource groups within the company and is focused on connecting hardworking women while empowering them to educate, respect, and support each other. We host  panel discussions with major influencers and are looking to formalize the mentoring program by this time next year. It’s our top priority.

What advice do you have for young women who are interested in food, wine and agriculture?: The industry was in a different place when I was building my career. I encourage women to connect and support each other through informal check-ins whether it involves lunch dates or bubbles. As a woman in a leadership role, it’s my responsibility to fill the void and encourage women who have the will to work their way through the ranks. 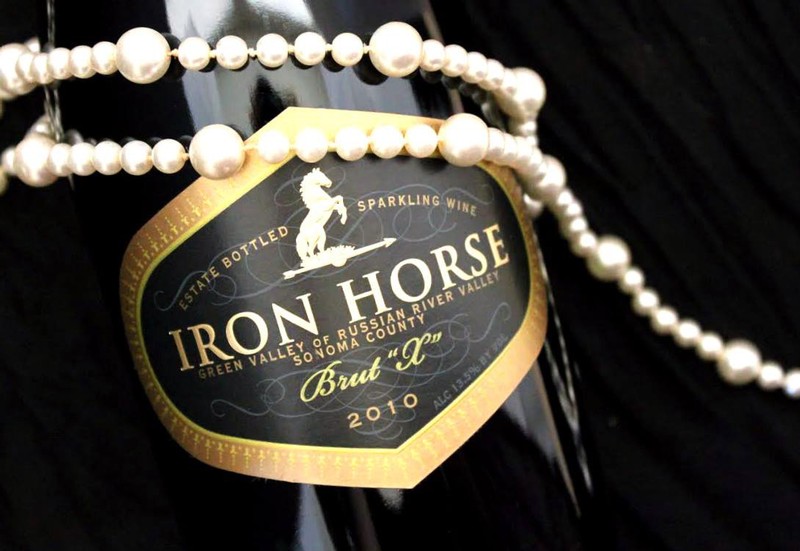 And so, a toast on this International Women’s Day, March 8, 2016 - ideally with Iron Horse 2011 Brut X (for the X chromosome!), honoring the pioneering spirit  of the women who have made significant inroads for future generations, celebrating progress and cheering the continued momentum to achieve parity. It’s our responsibility, and joy, to be part of the movement. 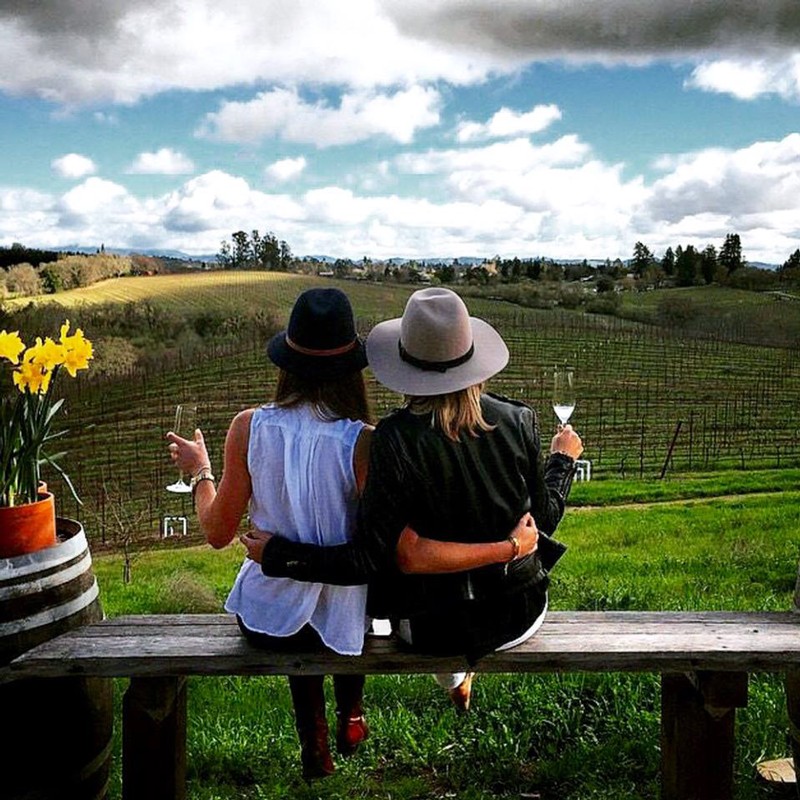