My plan was to interview my mother for this blog, but she succinctly declined. So, I decided I would create my own narrative of her storied personal and professional life. Audrey Sterling’s varied talents and experiences have built a strong model worthy of exploration (Note - I may not be the most objective of biographers. Find my many declarations of love & admiration for my mother in past Iron Horse blogs here and in a Wine.com feature here, to name a few). So when I take a look at her greatest accomplishments and courageously attempt to celebrate a woman who epitomizes elegance, I find inspiration and lessons learned from life’s many crossroads. Take a walk with me down memory lane as I strive to adequately celebrate Audrey Sterling’s 85th Birthday ahead of Mother’s Day this Sunday. 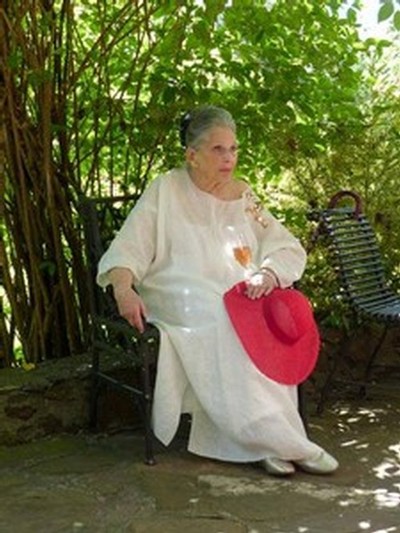 She looks so regal, but do not be fooled, She is wickedly funny and fun to be with.

The most important turning point in her life gave her an amazing command of strength. She was in a terrible car accident when she was a teenager, injuring her leg to the extent the surgeons didn’t think she would walk again. Her tenacity powered her recovery and she overcame, but she has lived with constant pain ever since – not that she ever lets anyone see it.

Her most significant act of rebellion was marrying my father.

My parents epitomize the wisdom that two are better than one. I have seen their relationship dynamics shift back and forth over the years. Sometimes, my father is the stronger of the two; other times, my mother takes the lead. From my observation, that fluid balance is the key to their 64 years of marriage.

Our family lived in France for many years.  My mother is the only person I know who has studied each and every gallery in the Louvre, room by room, floor by floor. Her appreciation for great art as well as the art of Mother Nature has formed the core of her personal inspiration as co-founder of our brand.

Iron Horse is famed for my mother’s gracious hospitality. I have watched her attention to detail create magical and unforgettable experiences for countless visitors to the vineyard. Her signature style goes beyond the physical, imprinting on the hearts of minds of people as they reflect on a single afternoon with her decades later.  Some of her key entertaining tips are:

3.       She always sets a beautiful and engaging table, with the most gorgeous linens and china, collected over decades traveling the world, glimmering wine glasses (of course), fresh flowers, and candles - the whole nine yards. Sometimes it’s formal; other times whimsical, but invariably thoughtful to make every occasion special.

4.     She never lets couples sit next to other, unless they are newlyweds, so everyone had a chance to meet new people. Her cunning is to mix it up a bit.

For me, it’s a point of considerable pride that my mother is a fourth generation Californian and a native San Franciscan. She went to Lowell High School, Mills College and then transferred to Stanford. 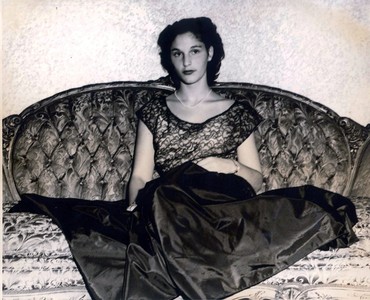 My mother is unequivocally a feminist. When she was Fair Employment Practices Commissioner for the State of California (see bio below), there was an issue before the board about the safety of the workers on the Golden Gate Bridge. My mother was the only woman on the board and when she challenged the Bridge Authority, the managers thought she would back down if they asked her to see the conditions for herself, so of course she accepted the dare, went to the top of the bridge - some 750 feet in the air above the traffic, and it was they who backed down.

Our Iron Horse heroine is also an adventurer. There are so many tales to recount - safaris in Africa, Chinese New Year in Hong Kong, sailing the Nile, taking a midnight train from Moscow to St. Petersburg in the early 70s, touring the ruins of Allepo. She never missed a chance to see the exotic contradiction of countries like India which offered both glamor and squalor during her travels in the 1980s.  She tells of a “sunset cruise” in a police boat off the coast of Viet Nam and driving to a remote “gem of a temple” outside Angor Wat located inconveniently in a mine field in what was clearly rebel territory in the 90s. Another escapade that jumps to mind, though close to home, is the day we sailed under the Golden Gate on the USS Potomac, FDR’s yacht, fighting the wind to get to the bow. I was worried she was going to blow over, but look at the expression on her face! 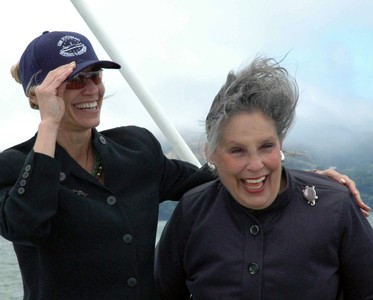 My mother’s birthday is today - Cinco de Mayo. So we always tease her that the entire country of Mexico is having a fiesta for her. Mother’s Day is right around the corner, though this is not my mother’s favorite holiday. She feels every day is Mother’s Day.

Every day I look in the mirror and pray that I will become more like my mother.  I love you Mommy. Happy Birthday and Happy Mother’s Day … today and every day!

Audrey Sterling is the grande dame, warm hostess and soothing presence who makes everything naturally elegant at Iron Horse. She is a native-born San Franciscan. After meeting at Stanford University, she married Barry Sterling.  Soon a daughter, Joy, and son, Laurence, were born.

In 1963 she accepted an appointment by Governor Edmund "Pat" Brown to serve as a California Fair Employment Practice Commissioner. She spent almost four years working to eliminate discrimination in employment and housing.

The family moved to France in 1967, which sparked the idea of someday living on a vineyard, growing grapes and making wine. The vision was always a “Chateau” model with all estate grown fruit, producing 30,000 cases of wine.

They first saw Iron Horse in a driving rainstorm in 1976. The vineyard development was only partially completed, there was no winery and the 19th century carpenter gothic house was listing dramatically. Nevertheless, after a taste of wines made from Iron Horse grapes, they knew the search was over and a dream began.

Audrey developed and ran Iron Horse while Barry, joining her on long weekends, continued his Southern California law practice for the next 10 years until he completely retired from the law.  In those early years, Audrey called Barry her "cash crop" - something every winery needs! Never an idle observer, Audrey did whatever was needed at the bare-bones operation. The Iron Horse vineyard was restored, the winery built, offices established, and a strategic travel offensive for wine promotion launched.

She was an early member of the board of the Sonoma County Wineries Association, chairing the annual Sonoma Showcase for several years.  She also served on the boards of the Sonoma-Marin Fair, the Sonoma County Harvest Fair, the Advisory Council for the Sonoma State School of Wine Business and the Advisory Council for the Green Music Center at Sonoma State University. She and Barry were among the founding members of the American Institute of Wine & Food along with Julia Child. When Green Valley became a federally recognized AVA in December 1983 (simultaneously with Russian River Valley becoming an AVA), the name on the application was Audrey M. Sterling. Her attorney of record, Barry H. Sterling.