A Closer Look at the Special Sauce of Iron Horse 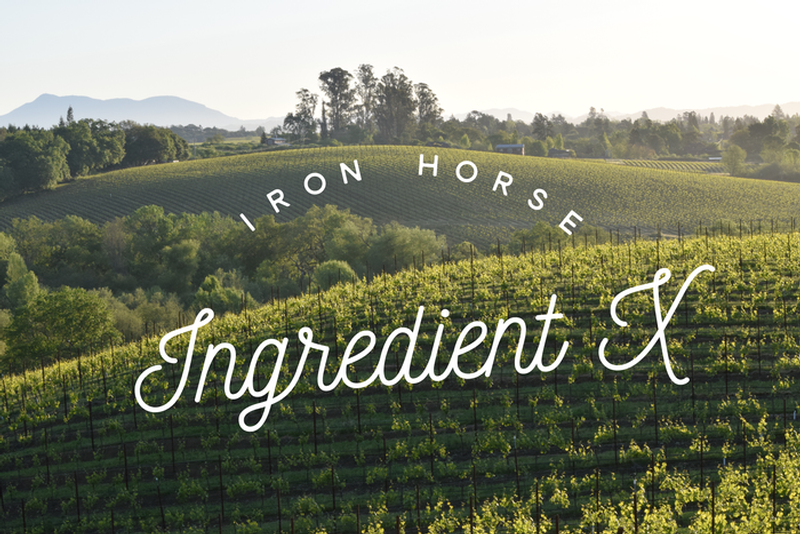 We believe in the power of special ingredients at Iron Horse. Each bottle is infused with their essence. It is deeply gratifying that friends and family appreciate the intangible draw of our bubbles, Chardonnays and Pinot Noirs.  For some, the journey to understanding the Iron Horse mystique ends with enjoying a glass or two. There’s certainly no better place to begin and end! But for others, it’s intriguing to get to know  the truth behind this seemingly effortless deliciousness. With winemaker David Munksgard as a guide, we are delighted to introduce you to some of the wonderful people who are the hands on contributors to our success. 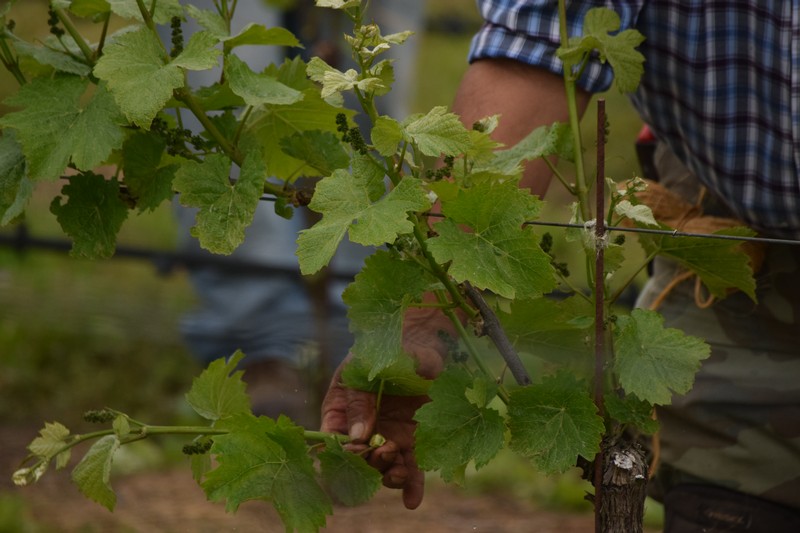 David starts out so many days walking the vineyards as we’ve frequently chronicled on the blog. But our focus rarely zooms out past him in that moment. Widen the frame of that morning scene and you see the vineyard team hard at work, including Vineyard Foreman Manuel Briano kneeling in front of the vines with a young protege at his side  - a learning moment while shoot trimming , carefully removing  unwanted growth from the vine with a decisive nudge of the thumb. Their genuine interest is written all over their faces. 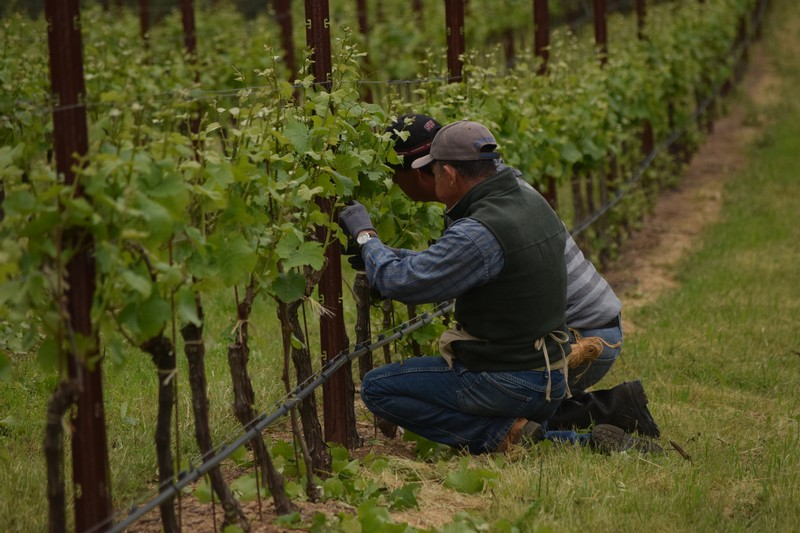 The Vineyard Team, which reports to Laurence Sterling, is an integral part of our magic. Some might call them “behind the scenes,” but as David explains and all of us know, “they are front and center and the foundation upon which growth happens.” We rely on team members like Manuel, to bring natural coaching skills into play. Manuel was a talented amateur baseball player whose team spirit extends into the vineyards. 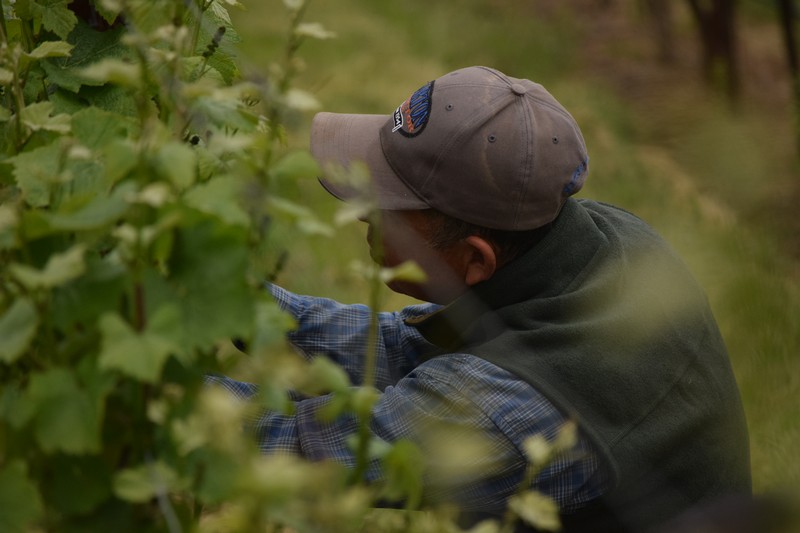 Many on Team Iron Horse were farmers in their native country of Mexico where they gained an innate understanding of agriculture and love of the land. They work hard, tinker until something’s fixed and draw upon wisdom from within. As David shares, “they really care and take great  pride in what they do.” This is undeniably evident in the work of Jose Puga who is the Grounds Manager reporting to Chief Gardener Barry Sterling. He keeps Iron Horse looking so beautiful and maintenance efforts are massive. Besides the signature flower, fruit, and vegetable gardens, Iron Horse is a 260 acre reserve and grounds like these demand constant attention. It’s second nature for Jose who started working with Barry Sterling when he was just 17 years old (Note: Jose Pugo and Manuel Briano also run the frost protection system which we referenced in our Spring 2016 Vineyard Update Blog - photo of the system at the close of the blog). 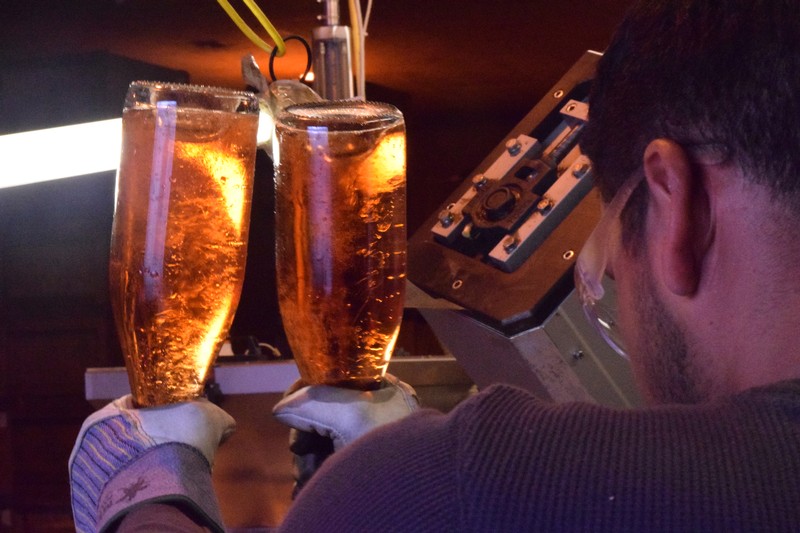 David was particularly moved by the all-for-one ethic of the winery crew during his 20th anniversary celebrations at Iron Horse. It was then that he realized the true value of “extended family”. We simply can’t do this without them. I understand their skill sets and appreciate how fortunate  we  are. It almost made me embarrassed to be recognized in front of them.” Many on his team have been with Iron Horse for decades, some since the beginning, “We probably have the most experienced riddler in North America. Jose Luis Briano (Manuel’s brother) has been here since 1984, which is a testament to both him and to Iron Horse.”

Cellar Master Rigoberto Moreno Rojas aka Rigo (below), a veteran of 28 vintages here, was the first to shake David’s hand when he started at Iron Horse. David calls him The General. “Rigo and I talk about what we want to accomplish  and he’ll step in to explain, why we can’t physically do that but THIS is what we can do and then he makes it happen. The Cellar Master is a key player in every winery and someone to be taken very seriously. It is a coveted position. He or she has to know absolutely everything about the winery. And we are in excellent hands with ours.”

To continue raising the bar, requires ever more meticulous, rigorous, detailed work in the vineyard and the cellars.  It’s getting harder each year for Vineyard Manager Victor Arreola to recruit and keep the highly trained and dedicated people we need. Young farmers are becoming more rare. And there’s a concern that the knowledge is not passing passed on.

“This is such a talented crew and I absolutely love these people,” says David. It’s an honor to see them with their families and taking so much joy in what they do. It seems like the light is always shining on them.”

His closing remarks are the inspiration for the spirit of this grateful blog post. “There’s something about this place that gets me. Iron Horse has allowed me to live my dreams and convey the beauty of the place. And these are the people who will just do anything we ask to make it happen. They are the ingredient X in our wines. 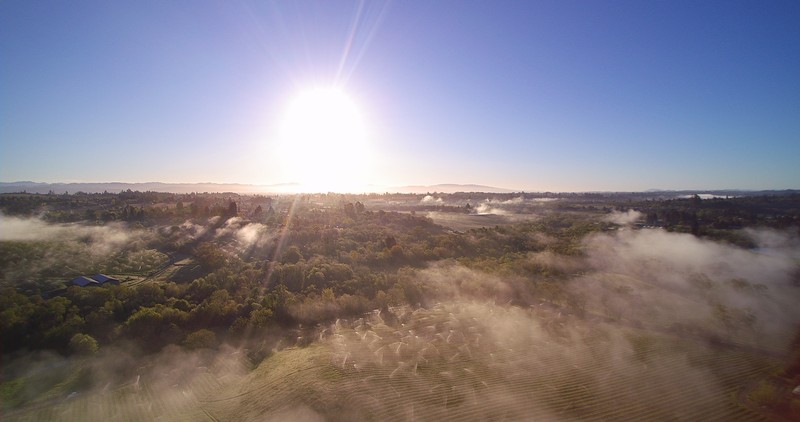 Selena Gomez
@ May 23, 2016 at 11:54 AM
http://www.rushanessay.com/
A quality wine comes from a lot of hard works. Harvesting time is very important part of making a quality wine. But many companies do not follow how to collect and how to send raw materials for pure fermentation.
Commenting has been turned off.