Audrey & Barry Sterling are full partners in everything they do. Iron Horse is their vision.

Both are native Californians, Audrey from San Francisco and Barry a Los Angelino. They met at Stanford University. Audrey was an undergrad and Barry in law school in the same class with William Renquist and Sandra Day O’Connor. They married the weekend Barry passed the bar, graduated and was inducted into the Army. 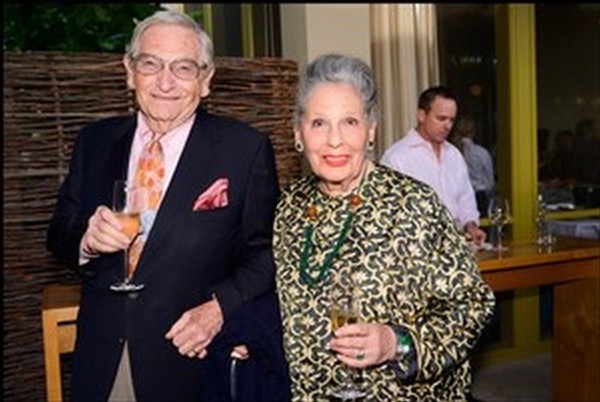 Barry founded a law firm in Los Angeles. Soon a daughter and son were born. For Barry’s 30th birthday, Audrey gave him his first trip to Europe. He fell in love with France and vowed to live there. It took him eight years.

In the meantime, they became active in Democratic politics. They were founders of the Los Angeles Music Center and the Los Angeles Art Museum. In 1963, Audrey was appointed by Governor Edmund "Pat" Brown to serve as a California Fair Employment Practice Commissioner. She spent almost four years fighting discrimination in employment and housing.

The family moved to Paris in 1967. This sparked the idea of living on a vineyard, growing grapes and making wine. The vision was always a “Chateau model”, dedicated to producing estate bottled wine. After years of hunting for the perfect site in France, the Sterlings returned home to California, where the quest continued.

They first saw Iron Horse in a driving rainstorm in 1976 with the vineyard development only partially completed. There was no winery and the 19th century carpenter gothic house was dramatically listing to one side. Nevertheless, after a taste of wines made from Iron Horse grapes, they knew their search had ended and a dream begun.

It is hard to remember how pioneering it was to put down roots in western Sonoma County in the mid-70s. The UC Davis Agricultural Extension advised against investing in an area prone to frost. But the Sterlings knew the quality of cool climate Chardonnay and Pinot Noir from their years in France and Audrey was familiar with the area from childhood summers on the Russian River. In 1983, the name on the application for federal recognition of Green Valley as an American Viticultural Area (AVA) was Audrey Sterling with her attorney of record, Barry H. Sterling.

Barry served on the board of the San Francisco Symphony and is a Life Time Trustee of the Leakey Foundation.